The 1986 Pittsburgh Pirates represented the start of a new era. Chuck Tanner’s nine-year tenure as manager–one that included a World Series title in 1979–had come crashing down in a 1985 season that saw the team lose 104 games on the field and go through embarrassing drug revelations off it, came to an end. Jim Leyland was called in to begin the rebuild. And while the Pirates got modestly better in ‘86, Leyland’s first year was a rough one. 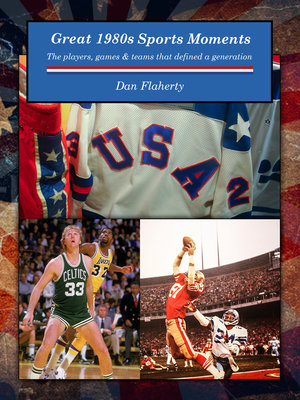 The good news was that after an ‘85 season that saw the Bucs finish at or near the bottom of the National League in both runs scored and ERA, they started to inch back toward the middle. In a 12-team NL, Pittsburgh was sixth in offense and eighth with their pitching staff. And there were some notable individual performances.

Tony Pena bounced back from a bad ‘85 to post a .356 on-base percentage and continued to build on his reputation as one of the game’s better defensive catchers. Johnny Ray, a solid second baseman, hit .301 and hit 33 doubles. Veteran third baseman Jim Morrison slugged .482 and doubled 35 times. Hitting the ball in the gaps was the key strength of the Pittsburgh offense–the only one in fact, as they led the league in two-baggers.

Sid Bream was 25-years-old and stepped in at first base, doubling 37 times and slugging .450. And the Pirates broke in a 21-year-old centerfielder you may have heard of. Barry Bonds had a respectable .330 on-base percentage in his first taste of major league action.

The veterans of the pitching staff were respectable. Rick Rhoden won 15 games with a 2.84 ERA at the age of 33. Rick Reuschel, now 37-years-old, only won nine games. But he was reliable, making 34 starts and finishing with a manageable 3.96 ERA. The bigger problem was that no one else provided any consistency beyond the two Ricks.

Leyland’s rookie season got off to a nice start. The Pirates started 6-2, including winning five of six games against the Chicago Cubs. But then Pittsburgh went to face the New York Mets and lost seven of eight. In the alignment that existed prior to 1994, the Pirates shared the NL East with the Mets, Phillies, Cardinals, Cubs and Montreal Expos (today’s Washington Nationals) and there was no wild-card fallback. By Memorial Day, Pittsburgh was 16-22 and eleven back of the first-place Mets.

The Mets dominated the division all season long and the Pirates were no exception to getting crushed underfoot. They lost four times in a five-game home series with New York in June, then lost four straight on their return visit to Queens. The good news is that Pittsburgh kept beating Chicago, sweeping the Cubbies and they also won a couple series from a Los Angeles Dodgers’ team that had a miserable 1986.

By the All-Star break, Pittsburgh was 36-50. Certainly not a good record, but in comparison to 1985, it wasn’t bad. And if nothing else, they weren’t alone in the cellar–Chicago had the same record.

The Pirates came out of the break and won three of four from the San Diego Padres. But they promptly lost their next five and soon after were swept four straight by Montreal. And their mastery of the Cubs disappeared–a twelve-game road trip through Chicago, St. Louis and Philadelphia only produced four wins. By Labor Day, the record was 53-77 and Pittsburgh was alone in last place.

Anyone who wanted to keep cheering the Pirates on in September could focus on the fact they were only 1 ½ games behind the Cubs and avoiding last place would be a nice accomplishment for this rebuilding year. But Pittsburgh lost four of the six games they played with Chicago in the final month, finished 64-98 and were in the NL East cellar with room to spare.

The good news is this–the pain of the rebuilding year was behind the franchise and things would start moving back upward. They nearly got to .500 in 1987 and then jumped up to second place in 1988. After a brief step back in 1989, Leyland’s Pirates regained their momentum and 1990 marked the first of three straight NL East titles.