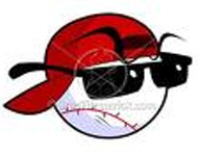 There’s a wide-open race for the National League MVP as we come down the stretch and I count no fewer than nine candidates who can make a credible case for the award, including three that need to get more attention than they have. Here’s the rundown…

*The Brewers and Cardinals are in a heated race for the NL Central title that continues head-to-head tomorrow night in St. Louis, and the MVP could be sitting out there as a prize for the winner. Each team has two candidates. Lance Berkman’s comeback year for St. Louis is highlighted by 28 home runs. Matt Holliday has fewer home runs (18), but a slugging percentage that is 49 points higher and a 21-point edge in on-base percentage. The downside for Holliday is that due to a brief time in the disabled list he has the fewest number of at-bats of any player we’ll review here.

Milwaukee first baseman Prince Fielder is having a big year as he heads into free agency, with a .422 on-base percentage that matches Holliday’s. Fielder also has 26 home runs and plays a respectable defense that belies his big frame. He would likely win the “Brewer primary” if you had to pick a Milwaukee candidate today, though left fielder Ryan Braun can still make a run at the award. Braun’s .326 batting average and 21 home runs make up the second end of a good 1-2 punch.

*Last year’s winner was Cincinnati first baseman Joey Votto and while he won’t repeat due to the Reds’ struggles, Votto has done everything he can for his team. His power is down, but respectable, at .517 slugging with 17 home runs. And his plate discipline remains extraordinarily good, with a .430 OBP.

*Los Angeles is well out of the playoff race but Matt Kemp is having a fantastic year in obscurity. In a park that’s tough to hit in, he’s got 26 home runs, he hits for average (.316) and takes his walks (.393 OBP). Not only does he do his work in a pitcher’s park, but he only has one teammate, Andre Ethier, who can provide any real help. Furthermore, Kemp’s defense is very good at a critical position. Let’s give him his due.

*Even better defensively than Kemp is Philadelphia centerfielder Shane Victorino, the best in the league at his position. Victorino is also having an excellent year at the plate. He’s got a .384 on-base percentage and in spite of just 11 home runs the slugging percentage is up at .525, meaning power to the alleys. Victorino has also been consistent all year, one of the few Phillie hitters that can say that. Considering this resume and the fact he plays on the best team in baseball, I’m surprised he isn’t getting more attention.

*B.J. Upton in Arizona is a dark-horse, but may not be much longer if the Diamondbacks stay with San Francisco in the NL West. On a team that relies heavily on offense, Upton has been far and away the best hitter, with 22 home runs leading up a balanced offensive package. His defense in right field is a sore spot though and in a close race tips the balance against him.

*The last candidate has no shot whatsoever to win it, but we have to give a shout-out to Washington first baseman Michael Morse. The Nats are in the hunt for their first winning season because Morse has a .372 on-base percentage and .557 slugging. He’s been one of only a few hitters (Danny Espinosa and Laynce Nix being the others) who’ve given any consistency for the Washington offense. Morse deserves to be a part of this discussion.

My vote? In a race this close I rule out the St. Louis and Milwaukee quartet, because once a team has more than one candidate, by definition those candidates become less valuable. I sympathize with Kemp’s case, and don’t rule out non—playoff performers, but I do like to see a player leading his team to some type of goal (i.e. a winning season, etc). The Dodgers aren’t doing that and it means Kemp needs a much more decisive win in the stats than he currently has. I like Victorino right now as the pick because of what he’s meant to the Phils’ offense all year long. But in this race, whomever you like today can be different tomorrow and this one’s waiting for someone to step up and take it over.

From 2003-09 the Oakland Raiders were one of the NFL’s big jokes. They turned that around last year when they swept all six AFC West games on their way to an 8-8 year? So how did owner Al Davis respond? By firing head coach Tom Cable and again setting the Raiders on the road to joke status. The new man in charge is Hue Jackson and will have to try and make some sense out of the chaos.

If Oakland is to make strides under Jackson it will have to begin with the defensive line. The Raiders have two quality ends in Lamar Houston and Matt Shaughnessy, and both Richard Seymour and Tommy Kelly man in the interior well. The linebackers behind them are also good with Rolando McClain leading up the group in his rookie year and joined by young Kamerion Whitney.

Being good in the front seven is a good start. If you can stop the run at the line of scrimmage and pressure the passer you have to be taken seriously by opponents. But a look at the rest of the lineup suggests difficulty in translating that into wins. The secondary has to move forward without departed free agent Nnami Asomugha. Oakland has brought in former Pittsburgh corner Rod Woodson to coach this unit. The Hall of Famer Woodson might want to try suiting up himself.

The offense has no discernible strength, save some occasional big-play ability from Darren McFadden if the running back can stay healthy. But he’s not durable enough to be an everydown back, the line is young and a problem and the quarterback spot is likely to be a revolving door between Jason Campbell, Trent Edwards and maybe even Kyle Boller. In a strong organization there might be confidence that these problems could be solved. With what Oakland has become, that confidence can’t exist.