The Narrative Of The 1981 MLB Season

The 1981 MLB season was a tough one for baseball, as a June strike wiped out more than two months. When play resumed in August, MLB got innovative to try and rejuvenate interest. They adopted a “split-season” format. The teams that were in first place on June 12 were declared the first-half champions. Everyone started with a clean slate in August and those that won the four divisions over the balance of the schedule would be the second-half champions. The winners would then play in what proved to be the first-ever Division Series round. 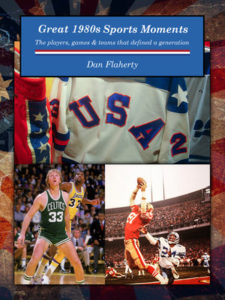 It was a reasonable enough solution given the odd circumstances of the 1981 season, but it had some problems. The first problem is that the format wasn’t a true split-season. The format done in its purest form would have allowed a team to bypass the Division Series if it could win both halves. Baseball, presumably in deference to their television partners, wanted to guarantee four separate Division Series. Thus, the only advantage to winning both halves was to get four games at home in the Division Series instead of three.

What it meant was that the four first half-winners—the New York Yankees, Oakland A’s, Philadelphia Phillies and Los Angeles Dodgers had minimal incentive in the second half of the season.

The other inequity is that it was possible for a team to finish with the best overall record in their division, yet not win either half. In fact, it wasn’t only possible, it happened in two different instances. The St. Louis Cardinals missed out in the NL East to the Phillies and later to the Montreal Expos. And the Cincinnati Reds won more games than anyone in baseball, but watched eight other teams go into the postseason ahead of them. All because the Dodgers and Houston Astros won the two halves in the NL West.

So there was a strike and a flawed system, but there was still exciting baseball. The second half titles were won by the Expos, Astros, Kansas City Royals and Milwaukee Brewers. Three of the five Division Series went the full five games. The National League Championship Series went to the final inning of the decisive game. And the World Series saw a sudden reversal of fortune, with the Dodgers beating the Yankees after dropping the first two games.