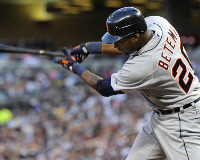 The trade deadline has passed and teams like Philadelphia, Atlanta, Texas and San Francisco are winning plaudits for their work in improving themselves. A report from Buster Olney on last night’s ESPN telecast of the Cubs-Cardinals listed those four teams as winning an informal front-office poll on winners and losers. In most instances I agree, but I think they overlooked another big winner and that’s the Detroit Tigers.

Wilson Betemeit and Doug Fister aren’t household names, but given what Detroit’s needs were, those players fill spots where the Tigers badly need help. Third base was a gaping hole in the lineup, as Brandon Inge has completely collapsed as a major league player. Betemeit swings a good bat, both in terms of average, power and patience and has always been at his best when he can play every day, rather just filling as a backup corner man at first or third. He’ll get the chance to be in the lineup each day for Jim Leyland and I expect him to contribute to an already solid group that includes Miguel Cabrera, Alex Avila, Victor Martinez, Jhonny Peralta and Brennan Boesch.

Fister’s only won four games, but it was Seattle’s lack of run support rather than Fister’s shortcomings that caused the lack of wins. Fister has been one of the really consistent pitchers in the American League over the last year and a half now. When you consider the Tigers’ biggest problem is the fact that on the four days Justin Verlander doesn’t pitch, it’s anybody’s guess what happens, it makes Fister’s value obvious.

Detroit’s success at the deadline is accentuated by the fact I think rival Cleveland made a big mistake in dealing a package of prospects headlined by Alex White to Colorado for Ubaldo Jiminez. The former Rockie ace has had three months where he’s looked like an ace and a career beyond that where he’s looked like an ordinary, halfway decent, nothing special kind of pitcher. There’s no reason to think White couldn’t have done what Jiminez is able to and to give up prospects beyond the former first-rounder smacked of overreach on Cleveland’s part. And Chicago, hanging tough in the AL Central, added Jason Frasor to the bullpen and dealt away Edwin Jackson from a rotation that was stacked with above average pitchers to begin with. It was an uncharacteristically quiet deadline for White Sox GM Kenny Williams.

Sometimes it’s not the names involved that make a trade, but the context you put them in. Betemeit and Fister fill desperate needs for the Tigers and their rivals didn’t counter effectively. That’s why Detroit was this year’s unheralded winner in the summer trading sweepstakes. 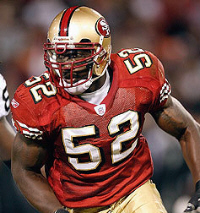 The Mike Singletary era ended in disappointment for San Francisco, as the fiery head coach couldn’t get his team into the playoffs and a horrific start to last season was too much to overcome and Singletary was replaced by the hottest college coach in the country in Stanford’s Jim Harbaugh. The former Michigan quarterback turned the Cardinal into a Top 5 program and now he stays in the Bay Area to try and put the NFL franchise back into prominence.

San Francisco’s strength lies in its defense, although even here there’s work to do. This is a 3-4 set with a good front three and an outstanding inside linebacker in Patrick Willis. But the pass defense suffers because there’s no one on the outside who can wreak havoc. Harbaugh addressed this in the draft by taking Missouri’s Aldon Smith with his first pick and though the organization talks about bringing him along slowly, I doubt that commitment will last. The prediction here is that Smith starts when the season opens on September 11.

Takeo Spikes joined Willis on the inside last year, but he’s left for San Diego, and the secondary is filled with question marks. Harbaugh has a base to build with the defense, but it’s going to be tough sledding until he can some D-backs in place. The situation is worse on the offensive side. While the offensive line has some decent talent on the interior, but Joe Staley is a weakness at left tackle and the quarterback’s blind side will be vulnerable.

That quarterback will again be Alex Smith, now in his seventh year. This has to be the longest development project since the Massachusetts Turnpike. Harbaugh apparently believes he can salvage Smith’s career. More power to both, but I’m presuming Smith is just keeping the seat warm until Harbaugh can identify his own guy—possibly his former QB Andrew Luck, getting set to begin his senior year at Stanford.

This is an organization that’s fallen a long way since Ed DeBartolo, Carmen Policy and Bill Walsh’s dynasty of coaches made it a respected operation in all lines of work, not just football. Today they need a lot more than a coach to turn the system around. I like Harbaugh and hope he’s not walking in a situation that’s set up to fail.