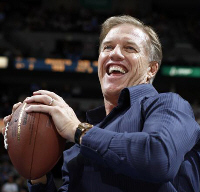 John Elway is back in charge in Denver, as he takes over the front office, and there’s a quarterback controversy already between Kyle Orton and Tim Tebow. All of which means there’s plenty to keep the mainstream media occupied, while ensuring they miss the story of Denver’s development of a lot of young players in an effort to win their first AFC West title since 2005.

The Broncos fell apart last year, but at least some of the causes are already fixed. Josh McDaniel was singularly unqualified to be an NFL head coach, with his hoodie being the only resemblance he bore to mentor Bill Belichick. There were also injuries to two key lineman. Left tackle Ryan Clady and defensive end Elvis Dumervil are  the cornerstone of their respective units and are healthy. With respected head coach John Fox at the helm, the Broncos could turn things around in the short order.

Fox will need to incorporate young talent into his lineup quickly. The linebackers are getting older and the team drafted Texas A&M’s Von Miller with the #2 overall pick in the draft and then added Nate Irving. In the defensive backfield they used high picks on Rahim Moore and Quinton Carter at safety, both of whom can challenge for playing time. It’s not unthinkable that by October Fox could be starting four rookies on D. It makes it all the more important for Dumervil to regain his pass rushing edge that was so dominant in 2009. The shift to the 4-3 defense Fox prefers should aid that rejuvenation.

Clady can protect the blind side and Chris Kuper provides a veteran presence at right guard. More young players, such as Zane Beadles and J.D. Walton hold the key to this being a complete unit that can clear some daylight for Knowshon Moreno in the backfield.

And that brings us to the quarterback debate. I’m not a believer in Tebow and don’t think his mechanics are good enough to start successfully at the NFL level, and I think Orton has long been underrated and just needs a consistent line to protect him and allow a real running game to develop. Fox did that at Carolina and he can do it here in Denver. I think better days are ahead for the Broncos and pretty quickly. Maybe not this year, but by 2012 at the latest.