This free download covers all 63 games and discusses all the notable players and coaches, from the historic legends, to those who one shining moment came and went.

It’s all here–from the surprise runs of Richmond and Villanova, to the powerful runs of Oklahoma and Arizona, to the showdown between Duke and Temple and all the way to Danny Manning’s electric individual performance that delivered Kansas the national championship.

Get the PDF download delivered to your inbox FREE! 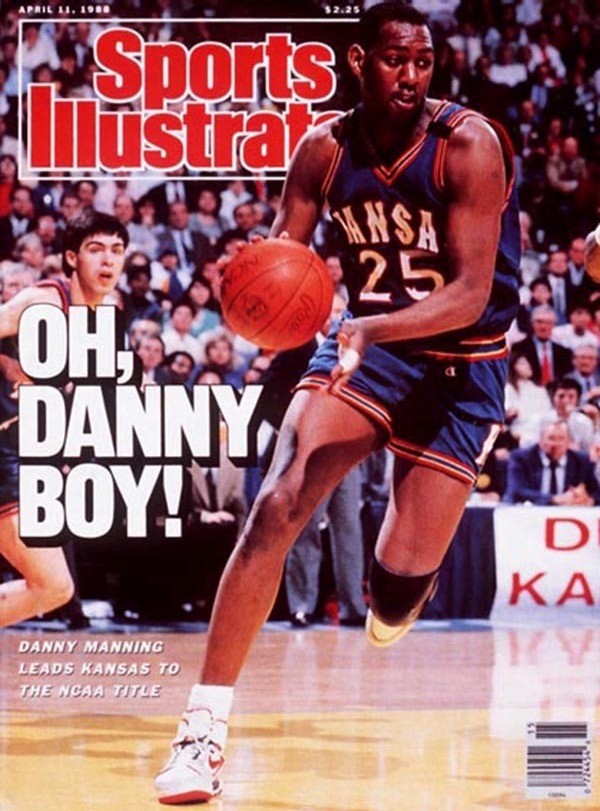 The 1988 NCAA Tournament showcased one of the great individual performances of all time in any sport when Danny Manning put the Kansas Jayhawks on his back and carried them to a national championship. They’ve become known as “Danny & The Miracles” and theirs was the defining story of March in 1988. But there was so much more and this narrative will take you into the heart of all 63 games, all the key players and coaches and the storylines that drove this tournament from start to finish…

*Kansas wasn’t the only team out of the old Big Eight to make a big impact on the NCAA Tournament. Oklahoma joined the Jayhawks in the final and a good Kansas State team pulled off the Sweet 16’s biggest upset. Read about all three teams here, the paths they followed through the season and how their March unfolded.

*Arizona and Duke are staples of the NCAA Tournament today, but that wasn’t the case in 1988. Arizona was looking to get Lute Olson his first NCAA win since coming to Tucson four years earlier. Duke had made a breakthrough in 1986, reaching the national title game under Mike Krzyzewski. The Blue Devils needed to show they weren’t a one-time wonder. Both teams made the Final Four and haven’t left the national elite since.

These teams and more are all here in this game-by-game narrative. Read about Temple and freshman sensation Mark Macon, the raised hopes and dashed expectations of Gene Keady and Purdue and about another installment of March Magic authored by Richmond coach Dick Tarrant.

The 1988 NCAA Tournament is preserved here in all its rich detail. Just enter your e-mail address in the form above and read all about it for FREE.